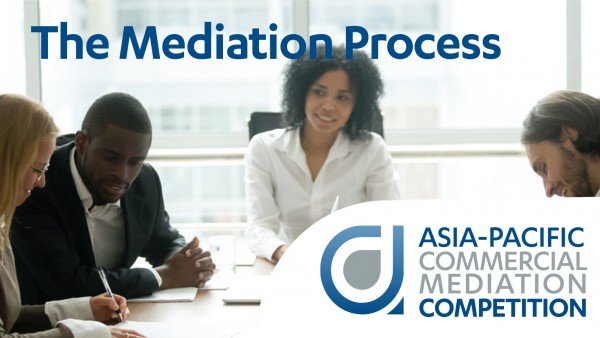 During the APCMC your team will be negotiating in the context of a mediation process. It is a terrific time to refresh your understanding of the process.

Mediation is a process in which disputing parties, with the assistance of the mediator, identify the disputed issues, develop options, consider alternatives and endeavour to reach an agreement.

The mediator does not make recommendations or determinations, but does take an active role in helping the parties explore their interests and create their own solutions.

Professor Tania Sourdin is the Dean of the University of Newcastle Law School and was previously the Foundation Chair and Director of the Australian Centre for Justice Innovation (ACJI) at Monash University in Australia.

In the past two decades, she has conducted qualitative and quantitative research projects into aspects of the dispute resolution and justice system systems in 12 Courts and Tribunals and six external dispute resolution schemes within Australia. Other research has focussed on therapeutic justices, restorative justice, justice innovation, technology, delay and systemic reforms. She wrote the original standards for mediator accreditation in Australia, the standards for collaborative lawyers and also complaints sector staff.

Professor Sourdin is the author of a number of more than 120 books, articles and papers, that are focussed on justice reform issues and has published and presented widely on a range of topics including ADR, justice innovation, justice issues, mediation, conflict resolution, collaborative law, artificial intelligence, technology and organisational change. She has also retained a part time practice focus and has worked for more than 30 years as a lawyer, 25 years in various senior part time tribunal positions and as a mediator and has since 2014 been the National Broadband Network (a $40 Billion plus project) industry dispute resolution advisor within Australia.

You can watch a recording of the webinar below: