WDR, a wholly owned subsidiary of Lowes, a US-based home improvement company, entered into a joint venture agreement with Woolworths, an Australian-based retail company, to open hardware and home improvement stores in Australia and New Zealand. The joint venture agreement spawned Hydrox Holdings Pty Ltd, a registered Australian company. Woolworths owned two thirds of the shares in Hydrox and Lowes (through WDR) owned the other third. Hydrox has always operated at a loss but neither party claimed that Hydrox was insolvent.

WDR and Lowes brought a claim to wind up Hydrox pursuant to s 233(1)(a) of the Corporations Act 2001 (Cth), on the sole ground that the affairs of Hydrox have been conducted in a manner “oppressive to, unfairly prejudicial to or unfairly discriminatory” against WDR, as set out in s 232(e) of the Corporations Act. WDR alleged there were deficiencies in the provision of information to Lowes’ nominated directors and wrongful voting by Woolworths’ nominated directors, among other claims. Woolworths preferred for the matter to be resolved by arbitration rather than litigation in the courts. Woolworths invoked s 7(2)(b) of the International Arbitration Act, which requires the court to refer to arbitration matters that are capable of settlement by arbitration.

Did the Court proceeding involve the determination of matters capable of settlement by arbitration?

The Federal Court of Australia referred the substantive controversy between the parties to arbitration, whilst the question of whether the plaintiffs are entitled to a winding up order is subsequently determined by the Court.

A matter might not be arbitrable if there are public interest considerations. Justice Foster held there was no substantial public interest element in this case because it was a dispute involving the only two shareholders in Hydrox and the only parties to the joint venture agreement, and the plaintiffs did not claim that Hydrox should be wound up in insolvency.

His Honour held that it would not be inappropriate for the substantive controversy to be the subject of determination by arbitration. The court can decide whether the matters warranted a winding up order whilst having regard to the preordained arbitral award.

Josh is a second year law student at the University of Sydney and a part time intern at ADC. He completed his Bachelor of Commerce at McGill University in Canada and is interested in international commercial arbitration. 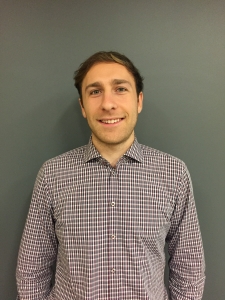