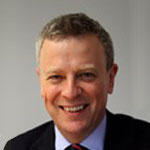 John Wakefield FCIArb FACICA Chairman
John Wakefield is a partner in the dispute resolution section of the Sydney office of Holman Webb Lawyers and practices in State and Federal Courts in securities enforcement, insolvency, insurance and re-insurance, trade practices, general commercial and equity and in international and domestic arbitration.

He is a Fellow of the Chartered Institute of Arbitrators and from 2010 to 2013 was Chair of the Australia branch. John is a Fellow of the Australian Centre for International Commercial Arbitration (ACICA), and the independent member of the ACICA Appointment Committee. John is a qualified mediator (NMAS) and teaches, writes and speaks regularly on issues in alternative dispute resolution. 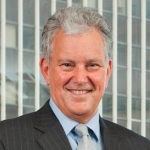 Mr Michael TalbotImmediate Past Chairman
Michael Talbot is a senior consultant and non-executive director. As the former Deputy Secretary with the NSW Department of Justice he led major programs of reform to improve the administration of civil justice, its ease of access through on-line services, the transformation of its processes and the development of alternative dispute resolution services including the operation of Community Justice Centres. His experience with client service improvement include leadership roles as Group Manager Retail Operations for Australia Post where he led its major business reform. He currently consults to Australian and internationally operating organisations on client service design, business innovation and strategy. He is past Chair of the Law Courts Limited, the Australasian Court Administrators’ Group and a past member of the Council of Law Reporting for NSW. 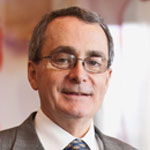 Professor Doug Jones AO FCIArb FIAMA FAMINZ Director
Professor Doug Jones AO is one of the leading arbitrators in the Asia-Pacific region. He is a Sydney-based partner in the Australian law firm of Clayton Utz where he heads the International Arbitration and Major Projects Groups of the firm. Doug is a door tenant at Atkin Chambers, London. His experience includes acting as Arbitrator and Counsel in major international Arbitrations, and advising on major projects in the areas of buildings, road and rail infrastructure, power, potable and waste water, mining infrastructure and processing, and on and offshore oil and gas. He has had extensive experience in PPP and PFI projects. Details of his arbitration experience can be found at www.dougjones.info.

In June 2012 in the Queen’s Birthday Honours List, Doug was made an Officer of the Order of Australia, for distinguished service to the law as a leader in the areas of arbitration and alternative dispute resolution, to policy reform, and to national and international professional organisations.

In January 1999 Doug was made a Member of the Order of Australia in recognition of his services to construction law and dispute resolution.

His expertise in International Arbitration and Construction has regularly been recognised by his peers. 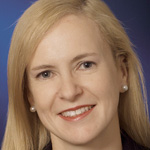 Prior to Lend Lease, Robin was employed by Thiess Pty Ltd from 2006 to 2012, where he held the position of Commercial Manager, Construction (formerly building and engineering operations across Australia). Thiess’s turnover was circa A$5 billion in construction across Australia. Before joining Thiess, Robin was employed by Baulderstone Hornibrook, where he held various project and executive commercial positions over a 28 year period.