Off with the wig: Issues that arise for advocates when switching from the courtroom to the negotiating table 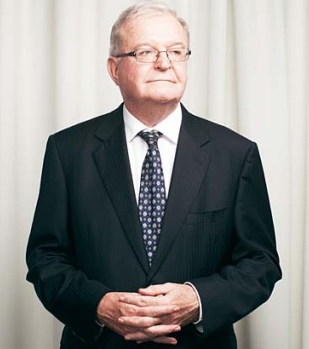 As litigation and mediation are increasingly being used interchangeably as part of the one process rather than as independent methods of dispute resolution, and as the reliance on advocates in mediation increases, the situations in which legal professionals will see themselves having to perform alternating and sometimes contradictory roles is bound to increase.  This speech will discuss the issues that arise when advocates move from representing clients in adversarial litigation to non-adversarial mediation. In particular, issues such as the extent of advocate’s immunity and the competing ethical   duties will be explored.

Graduating with degrees in Arts and Law from the University of Sydney in 1971, he went on to practise as a solicitor in 1972. He was admitted as a barrister in 1977, specialising in corporate law and litigation and was appointed Queen’s Counsel in 1987. His considerable experience in corporate law saw his appointment as a member of the Australian Government’s Takeovers Panel (2006-2011).

The Chief Justice was made a Companion of the Order of Australia in the Queen’s Birthday Honours List in 2014.