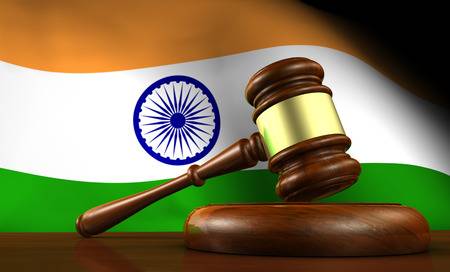 The effective administration of justice has been shown to be vital to nurturing economic growth and thus ought to remain a priority for all developing nations. India’s lack of a structured and systematic approach towards development is particularly evident from India’s justice system.

India’s enormous population, which accounts for over 17% of the global population (World Population Review, 2018), gives rise to particular complexities in India’s legal system. Considering the maxim ‘justice delayed is justice denied’, one of India’s most pressing issues is the lengthy backlog of cases. According to the 2014 census, India’s judge-to-population ratio was 17.48 judges per one million people (Indian Express, 2018). This low ratio ensures an overburdened judiciary and mounting pending litigations. The fact that India’s subordinate courts have 5,984 vacant judicial positions (Indian Express, 2018) reveals that India’s backlog issue is more than merely a result of underfunding but is also underscored by a deficit in appropriately qualified judicial candidates. This lack of qualified judiciary ensures that Alternate Dispute Resolution (ADR) mechanisms could be relied upon to reduce the judicial burden and thereby impart justice to the masses.

Mediation is a voluntary and interactive negotiation process coordinated by a neutral third-party mediator who applies specialised communication and negotiation techniques in order to help the disputing parties achieve stated objectives. Mediation avoids many of the pitfalls of litigation and has many distinct advantages, including:

The concept of mediation is not new to India but has been a staple feature of village life since time immemorial. Mediation was first formally recognised in India as a legally valid dispute resolution mechanism in the Industrial Disputes Act 1947. This limited use of mediation was later extended by the introduction of the Alternate Dispute Redressal system in 1982 which built upon traditional village forms of dispute resolution. The next significant development of mediation in India was section 89 of the Code of Civil Procedure Amendment Act 1999 which allowed courts to refer cases to ADR mechanisms in order to settle pending cases. Both arbitration and mediation have enjoyed steady growth in India since gaining official recognition in the Arbitration and Conciliation Act 1996 and the 1999 amendment of the Civil Procedure Code.

Court annexed mediation and conciliation centres have been established at several courts in India. The judge who refers the case to the court annexed mediation maintains supervision over the process. Such judicial oversight increases the integrity of the process and thereby creates overall public acceptance. The presence of a qualified mediator ensures that there is no domination by any one party over the other. Thus the combined authority of the present mediator and supervising judiciary ensures the legitimacy of the mediation process.

In India, mediation is currently being used for resolving civil disputes related to family and property matters. This rather limited sphere of mediated issues can be increased by ordering other kinds of disputes to undergo the mediation process. Namely, disputes related to public offices, representative suits, and even some criminal matters such as fraud, coercion, and other minor offence are all well suited to be resolved by means of mediation. The necessity of such reforms is evident in consideration of the numerous benefits of mediation and India’s significant backlog.

Lok Adalats are a unique feature of India’s Alternate Dispute Redressal system. Lok Adalats are a forum whereby pending cases can be mutually settled by way of compromises. These forums derive statutory status from the Legal Services Authority Act 1987. Awards made by Lok Adalats are deemed to be a decree of a civil court and are therefore non-appealable binding decision for all parties involved. A significant appeal of the Lok Adalat is that there are no court fees payable if the matter is filed within this forum. If a matter still awaiting decision by a court is subsequently referred to the Lok Adalat and is thereby settled, the court fee originally paid in the court at the time of lodgement is refunded. For more information on India’s Lok Adalats see ‘Access to Justice; India’s ADR Response’ which is published in issue 5 of the ADC Bulletin.

Significant legislative and procedural changes are necessary in order to establish an effective ADR process in India. Considering that most of India’s population resides in rural communities, the government must promote ADR mechanisms in these areas. In 2008 the Indian government sought to decentralise the judicial process by implementing the Gram Nayayalas Act (Village Courts Act). This Act sought to promote the establishment of 5000 village courts to ensure speedy and accessible justice within India’s rural areas. Unfortunately, only 194 of the 5000 rural courts are functional (Chandra, 2017, p.225). The Gram Nayayalas Act also provides that the government must initiate mobile courts. However, a combination of inadequate funding, lack of political will and poor coordination between the High Court and state governments has severely delayed the setting up of such mobile courts.

Ultimately, whilst the Indian governemnt has made significant strides in the development of ADR mechanisms in India, collaboration between the folllowing triparite branches is an essential further step to ensure the effectiveness of mediation.

Mediator: As the cornerstone of a successful court mediation program, it is essential that mediators receive a high degree of professional training. A systematic strategy must therefore be developed to ensure mediator expertise.

Courts: In order for mediation to be successful it must be supplemented with judicial oversight and management techniques. Such judicial supervision is essential to ensure that ethical concerns are duly observed by mediators. It is also necessary for the court to undertake responsibility for initiating broad societal acceptance of mediation as an alternative to litigation.

By engaging with the above tripartite considerations, mediation in India could be developed into an essential cost-effective solution to the significant issues currently facing the Indian justice system.