Synergizing Eastern and Western Constructs of Mediation towards Better Understanding 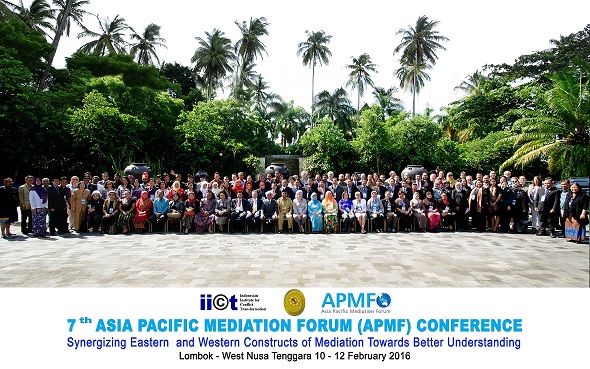 In a landmark effort to establish mediation in Indonesia, the seventh Asia Pacific Mediation Forum (APMF) Conference was held in Lombok, ‘Synergizing Eastern and Western Constructs of Mediation towards Better Understanding’, between 10 – 12 February 2016. Dr Dale Bagshaw, Professor at the University of South Australia and inaugural president of the APMF, oversaw the Conference.

Project SUSTAIN, a European Union and United Nations Development Program, funded fifty Indonesian judges to attend the Conference. Headed by Chief Technical Advisor Gilles Blanchi, the SUSTAIN team are working to make court decisions more accessible to the Indonesian public and offer training programs for court personnel. In his plenary address Mr Blanchi highlighted both the importance of mediation in the judicial system and the need for non-judicial mediators to undertake this work.

More than 150 participants from across 14 nations in the Asia Pacific region heard from a host of 43 presenters who, through conference presentations and dialogue engaged to facilitate an understanding of the practice of mediation; an increasingly important cornerstone of access-to-justice programs throughout the region. 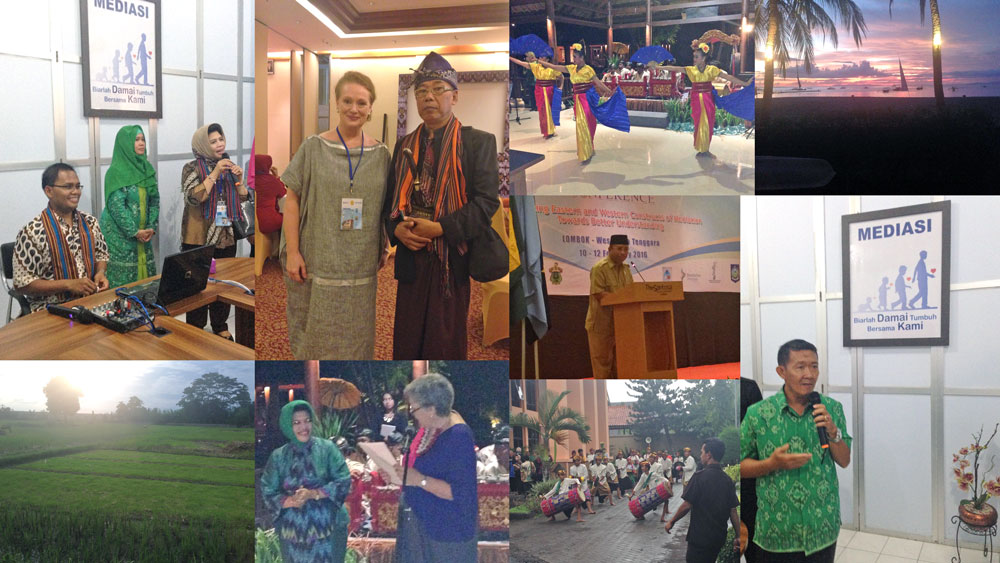 Australia was well represented at the Conference including ADC’s CEO, Deborah Lockhart speaking on building community cohesion through mediation and ADC’s Aboriginal and Torres Strait Islander Mediation Training Scholarship Program. Representing Australia’s Federal Circuit Court, Judge Joe Harman expressed the benefits of pre-filing mediation requirements for Family Law Act proceedings. With some 50 – 70% of Indonesian marriages ending in divorce, Judge Harman’s focus on improvements in agreement making, reduction in litigation costs, as well as self-determinative access to justice – offering huge potential for those who find themselves in the midst of family disputes – was of particular interest to the Indonesian judiciary, academics and practitioners attending.

From the NSW Bar, Campbell Bridge SC, an independent mediator and arbitrator with significant experience in Indonesia, discussed the complexity and expense of medical negligence litigation, giving voice to the benefit of confidentiality and empathy involved in mediation for medical negligence. Dennis Wilson, also a NSW barrister, independent mediator and arbitrator, perceived an effective legal system as one that could mediate environmental disputes successfully – enlivening mediators’ awareness of environmental issues.

Among other Australian speakers were Fred Wright, internal Ombudsman of the Department of Environment, Land Water and Planning Victoria, offering conciliation services in the workplace and Dr Penny Webster, lecturer and trainer in conflict from Melbourne, who discussed compulsory conciliation in workplace accident proceedings and the factors that impact fairness in the ADR profession. Jim Cyngler, Director of Cyngler Consulting, also from Melbourne, pressed for a focus on self-determination and empowered decision-making processes in the industry.

At the heart of Lombok communities are their village leaders and local peacemaker, traditional and religious leader, Mr Anwar Borahima, spoke to the conference on the benefits a Head of Village can bring in helping people make choices, while still retaining a leader’s local wisdom and ultimate authority; in making equitable decisions and maintaining peace throughout the villages. Mr Borahima saw a strong cost-benefit in training village leaders in ADR rather than greater spending on a limited number of judges in the court system.

With court related ADR continuing to grow in Indonesia, a highlight of the Seventh Asia Pacific Mediation Forum was an invitation by the Chief Justice to visit the Supreme Court’s Mediation Centre at Mataram, the capital of the Indonesian province of West Nusa Tenggara. Participants were warmly greeted by traditional dancers and drummers at the steps of the court building, presented with gifts and introduced to the breadth of the court’s ADR program and how it is implemented. The gracious hospitality of the Chief Justice and Supreme Court staff typified the conference, with speakers and delegates generously exchanging ideas and harnessing a collective energy to further develop ADR across the Asia-Pacific region.