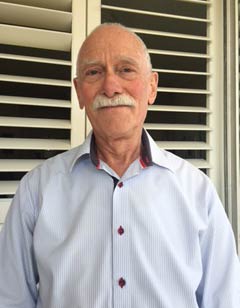 It is with such sadness that ADC has learned that our dear colleague Peter Irving has passed away.

Peter was a Nationally Accredited Mediator, a registered Family Dispute Resolution Practitioner and a retired solicitor. Peter became a mediator in 1989 and mediated a variety of disputes including commercial, family law and personal injury. Peter was a Past President of ADRA and a longstanding coach as part of the training faculty for ADC’s Mediation Training Course, a role which allowed him to bring his wealth of knowledge and experience to shaping and moulding the skills of the next generation of mediators.

In 2016 during an interview with ADRA, Peter expressed his interest in the ability of mediation to explore the deeper emotional foundation of many disputes. In the words of his nephew, ‘he was utterly sincere in his love for humanity’, and this he brought to every facet of his life, which those who were fortunate enough to have worked with him will certainly testify to. His passion and commitment to mediation were second to none, and his compassion undoubtedly a quality which served him well in his thirty year long career, rendering him capable of facilitating even the toughest of disputes between the most adversarial of opposing parties. Given his patient and understanding demeanour, his contributions to teaching the art of mediation will definitely not be forgotten, and he was a coach well-loved by his students.

Peter was a gentleman and his calm presence and contribution to mediation will be greatly missed. Beyond his professional achievements, he was a beloved father, grandfather, husband and uncle. His nephew describes him as a ‘kind and humble man with a brilliant mind and a compassionate heart’, well loved by children for his thoughtful attentiveness and a vast knowledge about the happenings of the world. An eternal optimist with an unshakeable positivity, Peter remained strong in the face of his health challenges until the very end.

Our deepest condolences are with his family and friends. Peter will be greatly missed by all, but his legacy and contributions will not be forgotten.